skip to main | skip to sidebar

Bangalore Safe from the People of Pandora 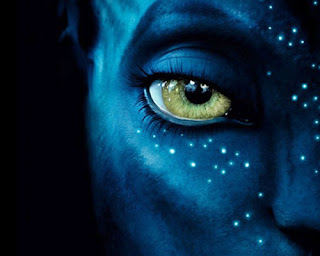 Attempt by the people of Pandora (PoP) to invade the planet Earth has been successfully foiled.An inquiry was ordered when an alien was found in an unconscious state in an open manhole in Bangalore and surprisingly the findings of the inquiry have come out within a week.

It was found that people of Pandora planned to attack Bangalore after coming to know about the deep hatred seeping
in Bangaloreans for PoP after each and every houseful show of Avataar.They also wanted to kidnap the mushrooming population of techies and use them as cheap labours in Pandora. Their plan was to pierce the heart of every person wearing 3D glasses. However PoP were taken by surprise by the preparedness of Bangalore to any such eventuality. The PoP and the giant birds used by them for travelling choked due to heavy pollution as soon as they entered the Bangalore atmosphere. In a bid to seek shelter they took the shade of the tree which was promptly chopped down by the Metro Development Authority. A map found with them indicated that they wanted to attack Forum Mall but traffic jams and multiple one ways delayed and confused them.

This is a great victory for the authorities of Bangalore who till now have never been able to avert a terror attack. It is a team work of BBMP who claim that the manhole in which alien was found was purposely left open to trap such creatures, Bangalore traffic police who claim that these numerous one ways and traffic jams are to perplex and irritate intruders and not to cause inconvenience and Environmnet Ministry who claim that prevention of pollution and cutting of trees is not a bane but a boon for the city.
Posted by Archit Jauhari at 4:38 PM